2023 Festival Honoree of the Year 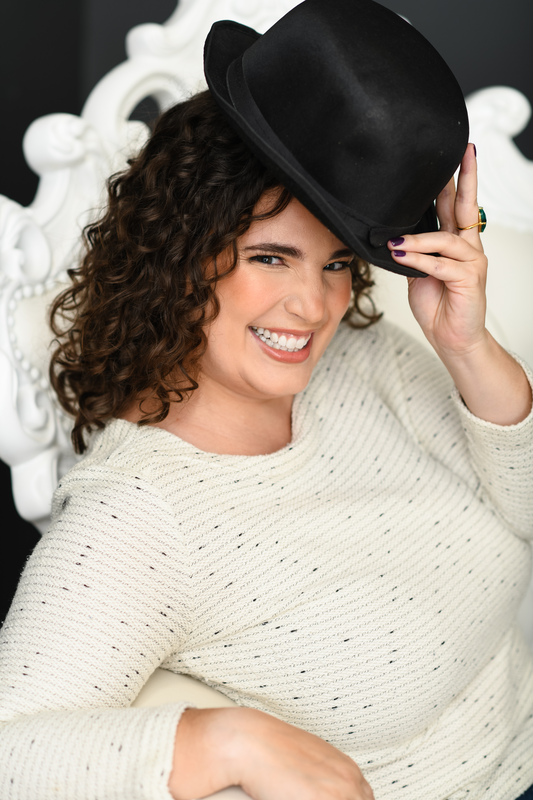 It is our great privilege to announce our 2023 Festival Honoree of the Year – Alexis Maharam.

Alexis was born and raised in Pittsburgh, Pennsylvania where she was introduced to Israeli dance before the age of 2. Her mother led the dance session there, so it’s not like Alexis had a lot of choice in the matter. In middle school, Alexis began performing with her school’s performance group and Israeli dancing started to become *her* thing. She loved watching visiting troupes from Israel perform and wanted to give others a taste of that magic.

When she moved to Boston for college in 2001, Alexis attended Israeli dance sessions at Kehillath Israel, MIT, and Harvard Hillel and was recruited to perform in her first Israel Folkdance Festival of Boston. Joan Hantman, a driving force behind Alexis’ involvement in the MIT dance session, said, “I've seen Alexis truly blossom in Boston's Israeli dance community and admire how she has encouraged others to bloom as well.”  In her sophomore year at Boston University (BU), Alexis co-founded and co-directed Kalaniot, BU’s Israeli dance performance group. She received an award for Exceptional Contribution to Hillel for this work. 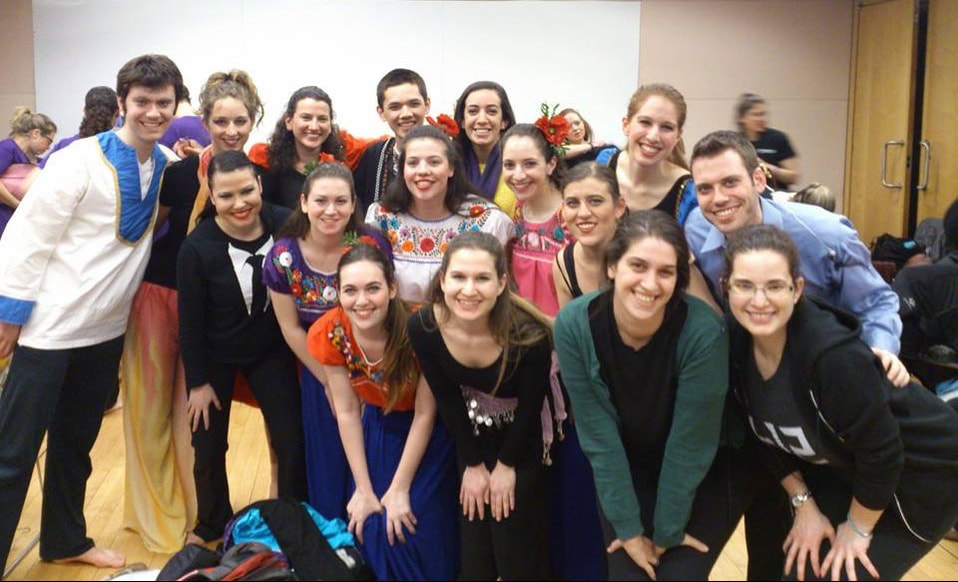 Kalaniot 2015 troupe and alumni dancing in 5+ troupes and serving on the Festival Committee
After college, Alexis joined the MIT Israeli dance session programming committee and continued to put down roots in Boston. She had opportunities to form, direct, and choreograph for troupes in the Boston area and performed around the United States with various Israeli dance troupes as well as the Collage Dance Ensemble.  Lianne Philipp shared:
I first met Alexis when I was in middle school, about 16 years ago, when she ran Israeli dancing at a friend's Bat Mitzvah, and I knew at that moment that I had to be in the high school group she co-ran, Katzefet.  As the years went on, Alexis became more than a teacher to me.  She was my mentor and "life guru" for anything Israeli dancing and everything else.  She guided me as I started choreographing, first for Katzefet, then middle schoolers, and eventually college students.  She taught me life lessons about communication, project managing, and crowd control. 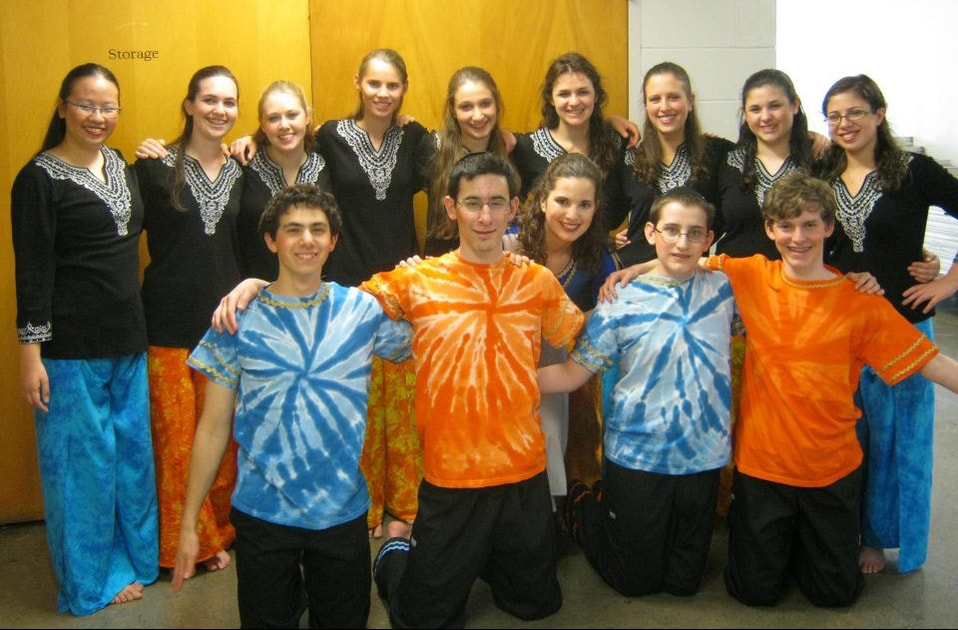 Katzefet 2012
From 2013-2022, Alexis served on the Board of Directors of the Israel Folkdance Festival of Boston as a liaison to the performance groups and the choreographer of the show’s opener and finale.  Abby Kerbel, one of the Co-Chairs of the Washington DC Israeli Dance Festival and a dancer in the Mavrik performance group, said:
Alexis is the ultimate Israeli dance connector.  Whether she is connecting steps together into a choreography, creative ideas into experiences or people into a community, she does it with thoughtfulness, passion, and confidence.  An Alexis-made connection will always be a strong one, and also always entertaining.

When COVID shut down the possibility of dancing together in person, Alexis was determined to find a way for our Festival to keep dancers connected and performing.  Joan added, “The pandemic may have slowed many, but Alexis was going full throttle” when in 2021 she created our unique Flash Festival with over 200 dancers from 18 states and 5 countries.  She recruited and supported other choreographers who worked with our younger dancers, while Alexis worked with adults of all ages.  Dancers learned together by Zoom and filmed themselves dancing in their own homes.  Alexis then worked with video editors to connect the final performance.  Another one of Alexis’ greatest artistic achievements was the finale of the 40th Festival where she was given the opportunity to connect the past and the present and honor the many who shaped these opportunities for her - many of whom she was lucky enough to share a stage with herself! Alexis is excited to choreograph this year’s finale as well - a tribute to Israel’s 75th birthday. 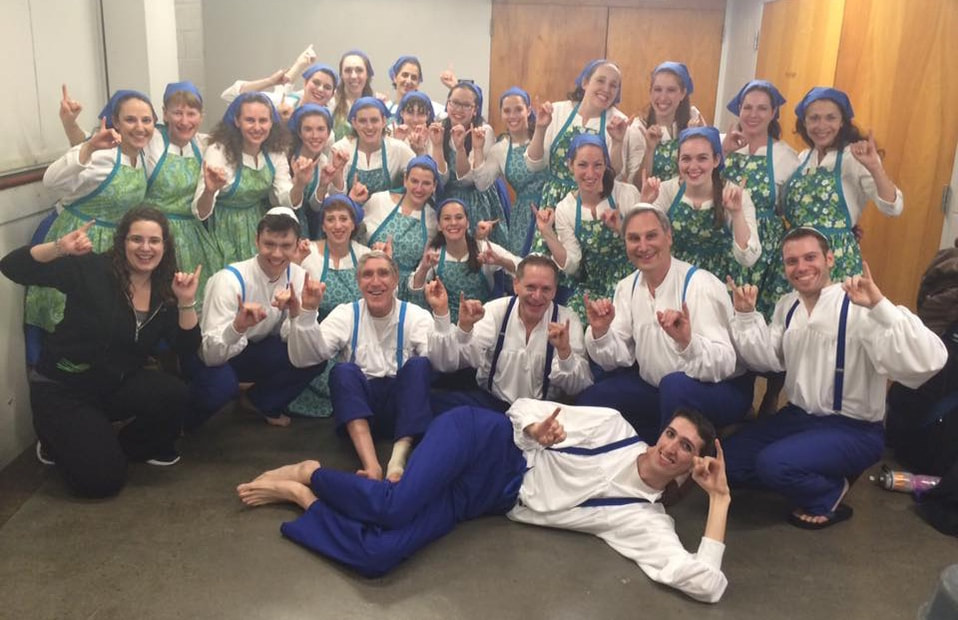 Shiluv 2016
Currently, Alexis is the artistic director of Shiluv, an adult performance group she founded that is in residence at Temple Emanuel in Newton.  Jenna Andelman, a current Shiluv dancer, shared:
Each dance Alexis introduces feels so daunting - maybe even impossible - when we first see it.  But with her guidance, we always manage to put together a great performance.  I'm always impressed by the wide range of styles she is able to choreograph, her astounding attention to detail, and her commitment to excellence.  And through it all, her love of Israeli dancing in general and of the Festival in particular shines through.

Alexis is also the assistant director of Gvanim, an Israeli dance camp in New York state in August. Irith Shade Shemesh, the director of Gvanim, summed it up well, “Alexis truly exemplifies all things that make the Boston Festival so special - traditions and the future coming together.  She is talented, passionate, always ready for a laugh and a dance, and cares so much about the future of Israeli dance.” In her other full time job, Alexis works in biotech and loves data and market research.

Thank you for honoring Alexis and for supporting the Israel Folkdance Festival of Boston with your thoughtful contribution.