2011 Festival Honoree of the Year

It is our great privilege to announce that our 2011 Festival Honoree of the Year is Lorraine Posner Arcus. Lorraine has dedicated a tremendous amount of her life to Israeli dancing. Her most significant contribution has been inspiring youth to participate in Israeli dance performance. Her flagship teen performance troupe, Tzamarot of Temple Israel in Albany, New York, first participated in our 10th Festival in 1986. The troupe joined us again for the 12th Festival in 1988 and, under Lorraine's direction, has continued to perform in our show each and every year since then. Through her time and dedication to teaching teens a love for Israeli dance performance, Lorraine has woven Tzamarot into the fabric of the Festival. For Lorraine, the Festival "provides the opportunity for all of the dancers, of all ages, to be able to share their common love of Israeli dance. Each group brings its own unique ability of interpreting the steps and the music, all weaving a beautiful tapestry of the wide variety of Israeli dance styles." 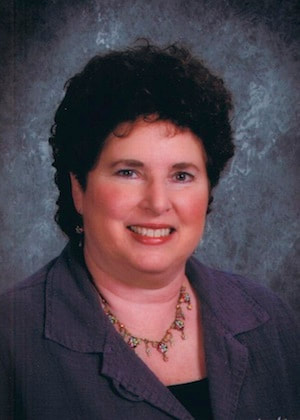 Lorraine got her start in Israeli dancing through her mother, who was the music and dance teacher at the synagogue religious school she attended as a child. A few years later, at the age of 15, Lorraine attended a NFTY summer program called Song and Dance Leadership Institute at Kutz Camp, where she began studying dance under the tutelage of Fred Berk, the father of Israeli folk dancing in America. Fred invited Lorraine to continue studying with him in New York City and to participate in one of his Israeli dance tours of Israel. For Lorraine, the tour was simply “inspirational,” providing the historical backdrop for her career as an Israeli dance teacher, choreographer, and mentor. Though she was only 17 that summer, Fred introduced her to many of the founders of Israeli dance and asked her to be one of his demonstrators, a coveted role. As Fred told Lorraine,

There are people who can execute the steps as well as you, but you dance with your heart, and that’s most important.

Dancing with the heart, not just with the feet, is something Lorraine surely taught to Kutz campers the following summer, when she followed in Fred’s footsteps and assumed the role of Israeli dance expert in the Song and Dance Leadership Institute at Kutz. She continued to teach passion and story-telling through dance to students for over four decades.

Thirty-six years ago, Lorraine brought her love for Israeli dance and her chorography and teaching skills to Temple Israel in Albany, New York, where she founded the Temple’s first Israeli dance program. Under her direction, the program has developed into a multi-faceted community Israeli dance program for children, teens, and adults. Alumni from Lorraine’s program have gone on to create, direct, choreograph for, and perform in some of our Festival’s favorite Israeli dance troupes, including B’yachad, Nitsots (now Beketzev), Parparim, and Zikukim. Two of our Festival Committee members, Becca Rausch and Bonnie Rubenstein, are Tzamarot alumni. According to Bonnie:

Lorraine’s impact on the world of Israeli folk dance goes beyond her extraordinary talent as a choreographer. She has transformed a community. Not only has Lorraine instilled a love of Israeli folkdance in perhaps thousands of students, but she nurtured and trained her high school students to teach in the community. By empowering her students, she ensured the continuity and continued growth of Israeli folkdance. Many of her students are still teaching today whether it be at their colleges or in schools and synagogues all across the country.

Bonnie is not alone amongst the ranks of Tzamarot alumni who reflect, with respect, inspiration, and admiration, upon Lorraine’s influence. Elana Silton Moskowitz recalls:

What I remember most fondly throughout all the years, is the sense of respect and interest that Lorraine always gave me, and my other classmates. Even at the young age of eight, I felt that my creative contributions through dance and art were of value. What she accomplished with us throughout our many years rising up through the ranks… will always remain with me, and continue to inspire my own work in education.

Like her students, Lorraine’s colleagues have acknowledged and appreciated her work over the decades. Dvorah Heckelman, one of the founders of the Bet Shraga Hebrew Academy of the Capital District in Albany, New York, and a long-time friend of Lorraine, says:

Week after week she leads and inspires large groups of young people as they gather enthusiastically to perform the goodie oldies, to learn new ones and together to choreograph innovative performances.
Year after year, these young dancers become teachers to other young dancers.
Year after year the list of her admiring followers grows.

We are very proud to be recognizing Lorraine and her contributions to the Israel Folkdance Festival of Boston and the Israeli dance community at large this year, her 36th and final as the Director of the Israeli Dance Program at Temple Israel. Sharona Wachs, one of Lorraine’s adult students and colleagues of many years, describes Lorraine’s impact this way:

Lorraine is a wonderful teacher and mentor, who brings extraordinary enthusiasm, professionalism, creativity, generosity of spirit and love to all of her activities surrounding Israeli dance, as well as in other aspects of Jewish education and community life. Her influence is multi-generational, as she has raised up many disciples. After watching last year’s Boston Festival, I noted that no less than nine of the performing groups had Tzamarot members or graduates as performers, group leaders and/or choreographers. This is an amazing legacy.

We hope that you will help us honor Lorraine and keep her legacy, and the Festival’s, alive.​