2018 Festival Honoree of the Year 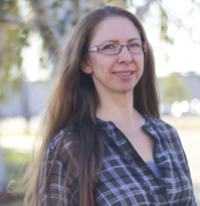 It is our great privilege to announce our 2018 Festival Honoree of the Year – Alla Shimron.
​
Alla was born in Kishinev, Moldavia. She started dancing at age six and spent years training in local folk dance troupes. This laid the foundation for Alla’s strong connection to folk dance in general and to character dancing in particular. Alla then studied at the Institute of Arts in Kishinev, where she developed a strong interest in choreography and teaching.

The collapse of the USSR in the early nineties allowed many Jews to leave the communist bloc. Alla’s family took advantage of the opportunity to fulfill a dream, and made Aliya to Israel. Alla immediately enrolled in the Jerusalem Academy of Music and Dance where she studied classical and contemporary dance, as well as character, jazz, movement, composition, and flamenco. She graduated in 1995 and started working as a dance teacher.

One of her early collaborations included the establishment of the National Representative Kids Dance troupe in the city of Ra'anana in central Israel. Alla became the choreographer and the artistic director for the project. The troupe, Pitzponey Ra’anana, grew to more than 200 members. This project allowed Alla to develop her unique choreography style, which modified folk, flamenco, jazz, and contemporary dance into forms suitable for kids. Alla led the project from 1996 until 2006.

While still in Jerusalem, Alla joined the Israeli Flamenco Company, Compas, with which she danced from 1995 until 2005. Simultaneously, she continued her flamenco dance training, studying with international flamenco artists. With Compas, Alla performed at the Karmiel dance festival, “Haramat Masach,” “Gvanim Bamachol,” and other dance events. In 2004, Compas participated in the international flamenco choreography competition in Madrid, Spain (XIII Certamen de Coreografia de Danza Espanola y Flamenco) where the judges selected the troupe as among the finalists.

In 2006, Alla moved to Boston, along with her husband and young daughter, Maya. Here, in 2007, she joined the Flamenco Dance Project. In 2011, the company received the honor of performing at the Jacob’s Pillow international dance festival. Alla also continued to enhance her dance technique by participating in workshops taught by leading Flamenco dancers.
While Alla loved being a part of this troupe, it did not meet her passion for working with and teaching kids. In 2007, she established Pninim, a youth Israeli dance troupe that Temple Emeth adopted a year later. When Pninim first participated in the Israel Folkdance Festival of Boston in 2009, Alla achieved her goal of sharing her excitement about Israeli dance with the wider Jewish community of Boston. 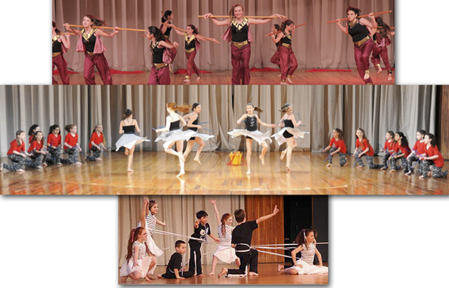 In 2010, Alla joined the teaching staff at JCDS, Boston’s Jewish Community Day School, as an Israeli dance and creative movement instructor. At JCDS she developed troupes that have become integral parts of the school curriculum and community. The chance to perform on the Kresge stage has become a highlight for the JCDS students.“When we are watching the Festival, it is easy to pick out Alla’s groups! Her choreography is always bursting with creativity, the kids are confident and having fun, and their props bounce, elongate, inflate, or glow in the dark,” said Ruth Grossman, whose children danced in JCDS groups with Alla.

Alla has integrated her teaching of dancing and movement with JCDS’s mission of including Hebrew throughout the day. In fact, most of her instruction is in Hebrew. The integration of Israeli music, both current and traditional, allows her students to experience Israeli culture in a way far beyond what the traditional classroom can offer. The love of Israeli folk dancing that Alla fosters has inspired many of her dancers to seek out other troupes after they graduate from JCDS. According to Emily Beck, whose children also danced with Alla, “Alla’s creative choreography, attention to detail, and dedication to her students make her one of the best Israeli dance teachers around. Over the past 10 years, she has promoted a love of Israeli dance in students of all ages and backgrounds. Boston is lucky to have her as a resource and role model.” 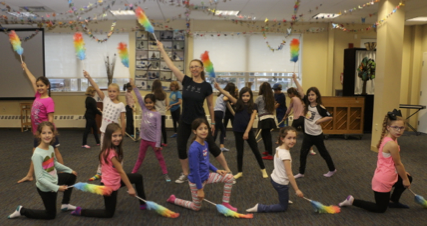 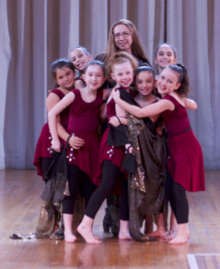 Thank you for honoring Alla and supporting the Israel Folkdance Festival of Boston with your thoughtful contribution.