2014 Festival Honoree of the Year 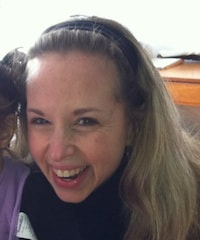 It is our great privilege to announce that our 2014 Festival Honoree of the Year is Ellen Schiffer Berkowitz. Ellen is passionate about Israeli dance. She says, “No matter what stressful or difficult issue I am dealing with in my life, I have dance as my outlet and my relief. There is absolutely nothing that compares to the pure joy of performing on the Kresge stage. I plan my calendar around the Israel Folkdance Festival of Boston and have looked forward to it each and every year – for the past 25 years! I’ve learned to control myself a bit, but there are times when I have been so ecstatic while performing in this Festival that I thought I would bounce right off the stage – sore cheeks and all from so much smiling.”

Ellen has always loved dance, but ballet, not Israeli dance, was her first love. However, when her parents switched her from public school to Bet Shraga in Albany, New York, where Israeli dance was part of the school curriculum, she was hooked. In high school, she joined Tzamarot and directed two junior high school performance troupes. She also taught Israeli dance as part of the Hebrew school curriculum at Temple Ohav Sholom. While at Cornell University, Ellen taught Israeli dance at Temple Beth-El, the local Hebrew school in Ithaca, New York, but she focused on performing. Because Cornell no longer had an Israeli dance troupe, Ellen started a new group, Nitsots, which grew from eight to twenty members by her senior year and performed regularly at the Israel Folkdance Festival of Boston. For several summers, Ellen was head of the dance program at Camp Yavneh, where she led Saturday night dancing each week, directed camp-wide performances, and ran select performance groups that would perform at the inter-camp Arts Festival.
Tzamarot, 1991
​
When Ellen graduated from Cornell and outgrew camp, she feared that she would be forced to graduate from Israeli dance as well. Luckily, Ellen and her husband settled in Boston where the Israeli dance possibilities are numerous! As a young adult, she danced with various groups, including Neshika and Tavlin. Jennifer Weber, who danced with Ellen in Tavlin, says, “I had seen Ellen dancing in the Festival in both Tzamarot and Nitsots. She has always been a beautiful dancer, but what makes Ellen's dancing so special is the joy that she brings to it. I can see in the way she moves how much she loves to dance.”

Having kids of her own forced Ellen to take a break from performing, but she stayed involved by working on the coordinating committee of the Israel Folkdance Festival of Boston. As her kids grew, she danced with them in Sucaria. When Ellen was ready to perform again on her own, she joined Besamim and has been with the group ever since. Last year, Ellen started choreographing for the group as well. Jennifer, who now dances with Ellen in Besamim, continues, “As someone who has danced with Ellen as an adult, I know that she is a gifted choreographer who creates modern pieces that remain true to the traditional Israeli dance form. When she teaches, she brings joy to the people with whom she is dancing.”
Besamim, 2012 & 2013

​Ellen loves to share her passion for dance with children. For three years, she has been teaching Israeli dance at Beth Avodah’s preschool in Newton. Four years ago, after leaving her law career, Ellen started Kesem, an Israeli dance performance troupe for Rashi’s middle school students, an important part of Boston’s Jewish community that until then was not participating in the Festival. She started with a group of ten girls, and is bringing a group of twenty to perform in this year’s Festival. Rebecca Friedman, a parent of a current Kesem dancer, says, “Why do so many children do Israeli dancing at the Rashi School? It is because Ellen has an infectious spirit and enthusiasm. People are drawn to her, respect her and enjoy being in her presence. She teaches them to reach for a common goal, while somehow redirecting middle school awkwardness into enthusiasm for smiling and dancing.” Ellen has developed the program and kids to the point where last year they merited the closing slot in the Festival program, a first for a primary school group. Eden Olsberg, a recent Kesem graduate, says, “Kesem means magic... During my middle school years at Rashi, Ellen transformed us from unsophisticated dancers to a group that moved in exciting and creative synchronized formations. Through dancing, we came to love Israeli music, while Ellen's weekly instruction and direction helped us believe in ourselves and in our abilities to dance.”

​Ellen is particularly proud of bringing her love of Israeli dance to these young adults and of helping to pass on the joy of Israeli dance to the next generation of Festival performers. We hope that you will help us to ensure that the Festival will be here for future performers and to honor Ellen — her talent, passion, enthusiasm and joy — by contributing to the Honoree Program and the continuation of the Boston Festival.